The SNU and it’s membership explained

The SNU is a not for profit, limited company, registered in 1901.
It has charitable status in England & Wales (No.261898) and Scotland (No.SC041714) with a goal to advance SNU Spiritualism.
The SNU supports and has helped to unify around 340 Spiritualist churches and centres throughout the United Kingdom. There are over 2700 individual Spiritualists who pay an annual fee for formal membership of the company.

SNU churches and centres have a total of approximately 11,500 people who pay an annual subscription for membership.
The SNU owns a large residential college, grounds and other buildings located near Stansted airport, The Arthur Findlay College. Also an education and conference centre in Stafford in the West Midlands, The Barbanell Centre.
Throughout the United Kingdom the company supports the training of spiritualist healing mediums, spiritualist mediums, public speakers and teachers.

The company is directed by the National Executive Committee (NEC). Reporting to the NEC are Standing Committees, Sub-committees, an advisory National Council, 14 regional committees, the Lyceum Union, and SNU international.
The company aims to promote the religion and philosophy of Spiritualism as based on the Seven Principles.
The SNU invites you to consider becoming a member, either as an individual Spiritualist or as a Spiritualist organisation or body.

Join the SNU Spiritualist Community and help develop the voice of Spiritualism world wide. Help them through their community to increase the awareness of our Religion and its Philosophy.

It is only with the collective help and support of our Members as contributors and volunteers that we can continue to work towards bringing the knowledge of Spiritualism into the wider world as the ‘World largest Spiritualist Organisation’. It is only by the strength of unity in a common goal that the voice of Spiritualism can grow.

By joining the SNU, you will be able to: 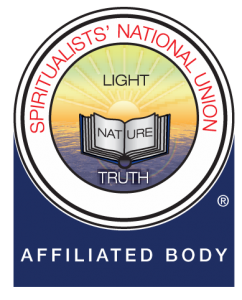